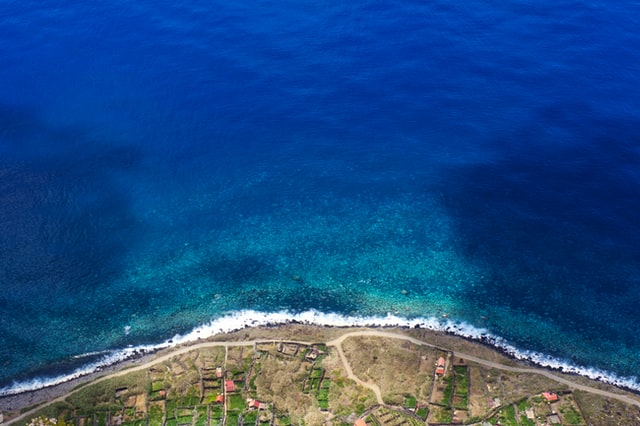 Inland Portugal and the Islands

Inland Portugal and the Islands

Portugal is one of the oldest nations in Europe having established its continental frontier as it is set today in 1297.

In this article, we briefly talk about some of the highlights of Portugal’s inland regions and islands.

Tomar is one of Portugal’s historical jewels and, more significantly, was the last Templar town to be commissioned for construction. Born inside the walls of the Convento de Cristo and constructed under the fourth grand master of the Knight Templar in the late 12th century.

Tomar was especially important in the 15th century when it was a center of Portuguese overseas expansion under the Grand Master of the Order of Christ, the successor organization to the Templars in Portugal.

Évora is the capital of Portugal’s south-central Alentejo region and a UNESCO World Heritage site. The city’s historic center stands the ancient Roman Temple of Évora also known as the Temple of Diana.

Due to its well-preserved old town center, still partially enclosed by medieval walls, and many monuments dating from various historical periods, including a Roman Temple.

Braga is a city in the far north of Portugal, northeast of Porto, and is known for its religious heritage and events.

To the east, Bom Jesus do Monte complex has a neoclassical church atop an elaborate 17-flight stairway. In the city center, medieval Braga Cathedral is home to a sacred art museum and the Gothic-style Kings’ Chapel. Nearby, the imposing Archbishop’s Palace overlooks Santa Barbara Garden.

Not too far from Porto in the north of the country, Amarante is a great place to explore some of the histories of this beautiful region.

Amarante’s origin dates to the primitive peoples that hunted and gathered in the Serra da Aboboreira, sometime during the Stone Age, and extended during the Bronze Age and later the Romanization of the Iberian peninsula.

Coimbra, a riverfront city in central Portugal and the country’s former capital, is home to a preserved medieval old town and the historic University of Coimbra which over time has shaped Coimbra’s image to become “the city of students”.

Sortelha is now one of Portugal’s historic villages that is dominated by one of its most imposing residences, the castle that overlooks the region.

One of the biggest festivities in this fantastic village is the medieval fair Walls with History, which, over the years, has received more and more visitors and is known as one of the most beautiful medieval fairs in the country.

The islands of Azores and Madeira

The islands of Azores and Madeira are affably named as Paradise in the Atlantic (Azores) and the Pearl of the Atlantic (Madeira). Discovered during the Golden area of the discoveries each archipelago has its own unique and timeless traditions and cultural activities.

The Azores is a volcanic archipelago that sits in the mid-Atlantic Ocean. A few hours by flight it’s one of Europe’s most dramatic sets of islands that are characterized by breathtaking landscapes, fishing villages, green pastures, and hedgerows of blue hydrangeas.

To the East, on the island of Santa Maria, the beaches of warm white sand are inviting, and the vineyards covering the slopes like an amphitheater resemble giant staircases. São Miguel the largest island, is seductive with its Sete Cidades and Fogo Lagoons.

In the Central Group, the islands of Terceira, São Jorge, Pico,  Faial, and Graciosa are set harmoniously in the deep blue sea, where dolphins and whales can be spotted.

In the Western group, on the island of Flores, the beauty of the natural waterfalls and lakes carved out by volcanoes is dazzling. The tiny island of Corvo has a broad, beautiful crater at its center, and attracts many species of birds coming from both Europe and America.

As of 2017, it has been a popular year-round place to visit by about 1.4 million tourists, almost five times its population

The island is set between Portugal and the Canary Islands comprising 4 islands off the northwest coast of Africa.

It is known for its namesake wine (Madeira Wine) and warm, subtropical climate, gastronomy historical and cultural value, flora and fauna, landscapes that are classified as a UNESCO World Heritage Site, and embroidery artisans.