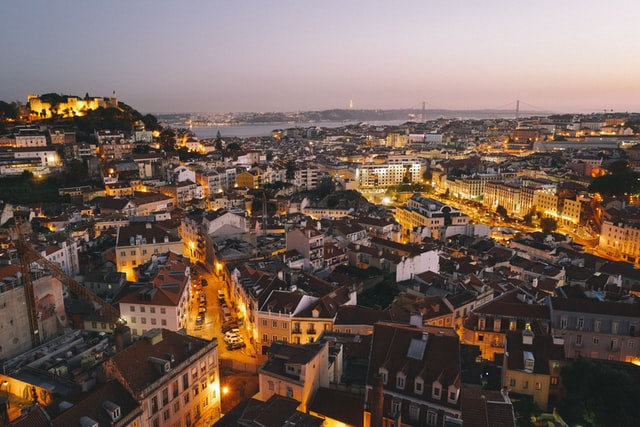 Are you willing to invest or live in Portugal? Let’s Discover Lisbon!

Lisbon is one of the most popular city break destinations right now. We’re not just talking about the weather here. The Portuguese city is packed of history, wonderful panoramic views to the river and one of the best budget cities to visit in Europe.

Lisbon is, in fact, Europe’s second-oldest capital city, behind Athens. The town’s commercial center of Chiado was destroyed by the big earthquake in 1755, but it was rebuilt in a classical style with wide boulevards and mosaic cobblestones.

Due to its geographic location and being Europe’s most westerly capital, Lisbon has more daylight hours than any other European city break destination, so no matter when you arrive, you’ll have plenty of time to see the attractions and enjoy the views from over one of the seven hills the capital is built on.

Just a few minute’s drive you can find yourself on a sandy beach in Cascais or in a medieval castle in the magical UNESCO’s World Heritage town of Sintra.

There are a number of landmarks to visit in Lisbon, when planning your trip you should consider visiting. We have listed a few below:

Jerónimos Monastery: Situated in Belem District this monastery is historically associated with the early sailors and explorers. This religious building where Vasco da Gama rests. The building is also classified as UNESCO World Heritage Site.

Belém Tower: It’s a fortification from the 16th century that served as a point of embarkation and disembarkation for Portuguese explorers and as a ceremonial gateway to Lisbon.

St. George’s Castle: It’s an historic castle that was the location of fortifications occupied successively by Phoenitians, Carthaginians, Romans and Moors, before its conquest by the Portuguese in 1147.

Calouste Gulbenkian Museum: It’s an encyclopedia art museum that holds one of the largest private collections of art in the world.

National Museum of the Azulejo: This museum is dedicated to the traditional tilework of Portugal and former Portuguese Empire and holds one of the largest ceramic collections in the world.

National Museum Ancient Art: Founded in 1884 to display pieces of the Portuguese Royal Family and National Academy of Fine Arts.

The renowned pastel de nata from Portugal is the crown gem of the country’s culinary. These sweet and creamy custard pies, first made by monks in the early 1800s are still a beloved national favorite that can be found anywhere in the city.

Having been salt cured, bacalhau (codfish) is extremely versatile, and can be virtually cooked in every way, shape and form. With over hundreds of recipes to choose from, everyone will find their preferred codfish dish, so be sure to try more than one!

Lisbon’s wine region was until recently known as Estremadura. Most of wine is made in this area and in a wide variety of styles and qualities.

For more information about how to acquire the Portuguese Golden Visa and how to be a part of our Development Projects, contact Planeur.